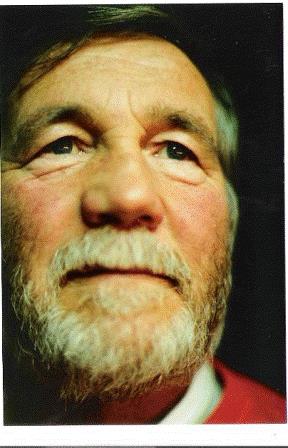 Born in Manchester, England on the 4th May 1932
Died in Gnarwarre, Australia on the 3rd April 2014

Dennis came to Australia from Burnley, Lancashire in 1963 with his first family of four children. He moved from Melbourne to Tasmania and finally settled in Geelong. He began life as a tool maker, a fitter and turner and spent many years in industry finally becoming an aircraft inspector at Avalon. He went to Deakin University at the age of 49 graduating with honours in Literature and journalism and then became the theatre critic for Geelong for many years. It was a job that he  loved and which took him from simple one-man shows to the opulence of the Australian Opera.

Dennis left a wonderful legacy for the performing arts. He directed, performed and produced many theatrical  events. He was innovative and resourceful and worked hard and consistently on any task he undertook. He was a man dedicated to theatre, music and the performing arts.

In 1966 Dennis joined Geelong Musical Comedy Company and Geelong Gilbert and Sullivan Society and performed for many years in a variety of roles with both companies. He had a fine baritone voice and was an accomplished pianist. He loved music. He loved Sondheim and the 1930s Jazz greats. He loved golf. He loved his family. He loved Ceres. In 1970 he joined Geelong Repertory Theatre Company and continued to play many parts in a wide variety of play genres. He became president of that company and led it through a very challenging time during the construction of the Geelong Performing Arts Centre.

Together with his wife Elaine, whom he married in 1979 and his children Ben and Meg and a small and devoted following he created the Woodbin Theatre in Geelong West. It opened with Behind the Arras in 1989 a play he wrote for the occasion. He and Elaine continued to build that theatre and produce plays until they moved to Ceres in 1986. As the Woodbin took on a life of its own Dennis and Elaine decided to create another unique company at Ceres and so Theatre of the Winged Unicorn was born in 1993.

Theatre of the Winged Unicorn opened with a production of the works of Nathaniel Hawthorn called Spellbound in the historic Ceres Hall situated in McCann St. Ceres  For 21 years this innovative, resourceful , self funded, creative company has earned itself a dedicated following and a respect for the high standard of performance . It continues to produce high quality performances and encourages the members of  the company continually develop their talent through professional training and experience.